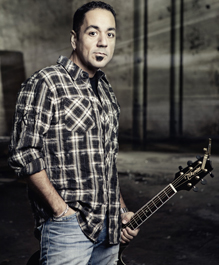 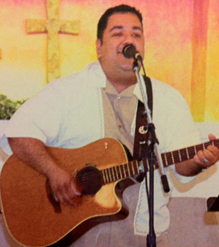 “I’m still a fat guy. I will always look at myself as a fat guy. I remember him and never want him to come back.”

As the youngest of six kids in a Hispanic family, Abraham had always been heavy.  He would yo-yo diet, lose100lbs. and then gain it right back again due to bad eating habits.  Although heavy, he was diligent about a yearly physical with his family doctor.  In 2008, he knew something was wrong.  He just wasn’t feeling right.  That’s when his doctor sat him down and explained that he had to do something about his weight or his life was in jeopardy.  He had developed Type 2 Diabetes, high blood pressure, his cholesterol was through the roof, and he had several herniated discs in his back due to the extra weight he was carrying around.  His doctor was insistent – he HAD TO DO SOMETHING.  He recommended he look into Lap Band or Gastric Bypass Surgery as long term solution for good health.

Stunned, and scared, Abraham immediately began researching the procedures online and was devastated.  How had it come to this?  He had always been healthy – never broken a bone, had a cast, nothing.  Now he was faced with the prospect of major surgery to save his life.  He was terrified.

In January 2009, after attending several seminars at three different doctors’ offices and being treated like “cattle”, Abraham attended a seminar of Dr. Nilesh Patel and Texas Bariatric Specialists as a last resort.  He was getting fed up.  This seminar was different.  Dr. Patel actually sat down with him and asked him want he wanted.  Based on the research Abraham had done, he realized he needed a Gastric Bypass procedure to help him.  Given Abraham’s weight and physical condition, Dr. Patel agreed.  He went on to explain how his staff takes care of insurance red tape, and how his office becomes a partner in life for good health, vs. just a surgery center.  Abraham was immediately at ease, and agreed to proceed with approvals and the prospect of surgery in the coming months. Six weeks later, Abraham found himself in the operating room scared to death.  Abraham knew he selected the right doctor when he asked Dr. Patel if he minded if they prayed (right before the surgery while in the operating room) — “Dr. Patel came right over, took my hand, joined hands with the nurses and other doctors in the room, and said “we’ll pray together”.  That’s the last memory he has of the surgery.  He woke up a new man.

Coming out of surgery, Abraham knew he had to change his life – his eating habits, his activity levels, his general outlook on life had to change or he wasn’t going to make it.  He committed to the healthy, high protein diet and made a conscientious effort to be more active.  His goal was to get to 180lbs and 34 inch waist.  In nine months, he reached his goal and rewarded himself with a beautiful new wardrobe — things were good!  What he didn’t know, was the weight would continue to come off with his consistent, healthy habits, and he is now 165 lbs with a 30 inch waist!   His herniated discs are no longer herniated — he hasn’t had any issues since he lost the weight, he is no longer diabetic, and his cholesterol has returned to normal, healthy levels.

When asked what advice he would give to others considering Lap Band or Gastric Bypass surgery, he is quick to point out that the surgery is not a magic blue pill.  Meaning, it is only a tool to help you change your life and improve your health.  It’s up to you to change bad habits. “Change is difficult, but if you embrace it with faith, courage, and hard work, you can do anything and be happy and healthy for the rest of your life.”