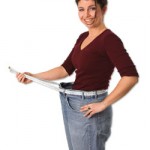 Gone may be the days of limiting bariatric surgery just to helping patients lose weight.

Indeed, these weight loss surgeries, in all forms, do just as the name describes. But a slew of new research suggests bariatric surgery can also be used to help reverse medical complications of obesity, not just eliminate obesity itself.

These procedures may reduce the risk of chronic disease, and even help patients better qualify for organ transplants, according to studies presented Wednesday at the American Society for Metabolic and Bariatric Surgery annual meeting.

An estimated 72 million Americans are considered obese and nearly 200,000 Americans undergo bariatric surgery each year, according to the American Society for Metabolic and Bariatric Surgery.

Obesity can lead to chronic illnesses like heart disease and diabetes, which can cause organ damage. But many who are morbidly obese and in need of a new organ do not qualify for transplants because of the increased risk of complications from medications and surgery.

“We tend to see obesity as a lifestyle problem, but it’s really leading to worse medical problems,” said Dr. Jaime Ponce, president-elect of the American Society of Metabolic and Bariatric Surgery. “Eventually it becomes a vicious cycle of deteriorating health.”

Some forms of weight loss surgery, which have grown to be less invasive and therefore less risky than procedures like transplant surgery, are not only regarded by surgeons as a way to shed dangerous pounds, but also reverse the complications of metabolic diseases.