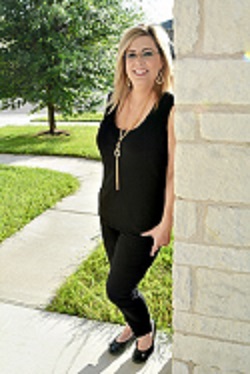 Read the details of a Medical Weight Loss Clinic Success Story patient Theresa Keyser.  Learn why Theresa said “I am the person I dreamed to be for so many years.” “I was an emotional eater for a long, long time.” Theresa has been battling with her weight ever since she was a young child. She […]

John spent many years making a great sacrifice for our country and protecting our freedom while he was in the Navy. While in the Navy he had a very strict daily workout regimen that kept him in shape and kept him from putting on weight no matter what he ate.  When John left the Navy […]

After multiple failed weight loss attempts over the years Isaac finally hit his limit at the end of 2015. “I could not walk, stand or carry my then 2 year old for more than five minutes!” He also became embarrassed that he was often told by people that he needed to stay home when they […]

“I’ve been big since birth.” Phillip has been big all his life but his weight became an issue around the age of 5 or 6. His family owned a meat market so they ate out often which lead to not so healthy foods. As an adult Phillip continued to gain weight and eventually that lead […]

Buddy started experiencing health problems due to his weight when he was in his 40s, but that was after he had already spent most of his life overweight. He began dieting when he was in his teens and tried so many different diets and programs over the years in order to lose weight but was […]

Mrs. Wilson, Jackie as she likes to be called, came to TBS in 2015 in hopes of having a revision of her Lap Band, which was not yielding any significant weight loss or changes of her co-morbid conditions. She had her Lap Band placed in 2010 and weighed 257 pounds. For her bariatric surgery in […]

Growing up Alecia was never overweight! However, after having children and being a stay at home mom, Alecia began gaining weight. She decided to change her life by seeing James at one of his seminars and never looked back! With gastric bypass bariatric surgery, Alecia has lost over one hundred pounds and is excited about […]

Wenona Parmer Gastric Bypass Surgery San Antonio When Wenona Parmer was growing up she was always the heavy kid. After a lifetime of ignoring her weight she decided to do something to change! Now that Wenona has gone through her gastric bypass surgery in San Antonio she has lost thirty-three percent of her body weight and is […]

Raul Diaz grew up indifferent to his large weight, but as he got older he was making frequent visits to his primary care physician for follow-up on his high blood pressure and diabetes. When his doctor told him he didn’t think he’d live past fifty years old, Raul knew it was time to get help. […]

As a child Thomas never had issues with his weight. However, when tragedy struck his family Thomas was unable to cope with the side effects of his depression and his weight became uncontrollable. Reaching a maximum weight of over 400 pounds Thomas decided to change his life and see Dr. Patel for gastric bypass surgery. […]