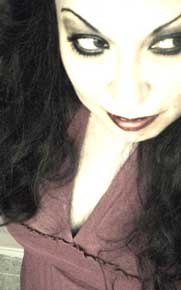 “My problems weren’t in my head!”

Gastric Bypass Surgery Revision San Antonio Success Story Sandra Gayton was losing weight from her pre-surgery high of 312 pounds, but it was because she could barely eat without getting sick. She was in and out of the hospital emergency room five times and underwent four separate EDG procedures, an examination of the esophagus lining, to try and find the problem.  Read more below…

Something was definitely wrong. Following her May 2009 gastric bypass performed by another surgeon, Sandra Gayton was losing weight from her pre-surgery high of 312 pounds, but it was because she could barely eat without getting sick. She was in and out of the hospital emergency room five times and underwent four separate EDG procedures, an examination of the esophagus lining, to try and find the problem. Three years after her bypass, her doctor continued to tell her there was nothing physically wrong with her, so she wondered if it could be psychological. But she was so sick; she would be under her desk at work, crying from the pain. She was at her wit’s end!

Sandra had started life as an active, skinny kid. She continued to stay slim in high school, doing step classes and exercising at home and at the gym. In her 20s, she tells us she began to get “a little chunky”, but it wasn’t until she moved to San Antonio for a new job that the weight began to creep on. She didn’t feel she had time to exercise, between her job and her family, and she ate whatever she liked, including many fried and convenience foods. Though her weight continued to climb, and Sandra knew she was getting heavier, she didn’t think it was a problem. But when her sister bought her a great new pair of jeans in size 12, and Sandra took one look and laughingly asked, “which thigh should I put these on?”, her sister broke down in tears. Sandra was a size 28/30 by that point and continuing to gain weight. Sandra’s grandfather got through to her, though, telling her he felt her coming before she arrived, as her weight caused the floor to shake.

Once she decided she really did have a dangerous health problem and needed to do something about it, Sandra moved quickly, chose a doctor and had a gastric bypass operation. And that’s when her problems really began! Three years later, she was under that desk at work, sick and sobbing.

Sandra’s co-workers were concerned about her, and convinced her that her problems were not in her head. They suggested she consult a new doctor, so Sandra went to see Dr. Nilesh Patel of Texas Bariatric Specialists (TBS). Dr. Patel performed a minimally invasive exploratory surgery in August 2012, discovered and repaired a hernia, and reported that her bypass could be revised. He assured Sandra that her problems were real, he could help and that she would be fine.

Elated, Sandra scheduled her gastric bypass revision with Dr. Patel for September 2012 and now, just a few weeks later, is happy to report that she’s not just doing well – she’s doing great! She healed quickly, is walking regularly and is returning to work. Sandra is also looking forward to some exciting milestones; shopping for new jeans, flying without a seatbelt extension and attending her daughter’s graduation!